During our summer vacation, Alyx and I flew out to Japan to hit some of the must see sites in Kyoto and Tokyo. Where do I even begin? First of all, 7 days seemed so short – our days were packed and we still didn’t do everything we had hoped. We spent three nights in Kyoto and four nights in Tokyo, including one in a capsule hotel. Here are some of those highlights, and a ton of photos. Scroll to the bottom for a video preview of our Japanese crash course.

What a city. For a city of 1 million plus people, many of them might as well be ghosts. Kyoto is filled with temples, shrines, gardens, and among the most serene cityscapes I’ve ever seen. We spent most of our time here exploring many of the thousands of temples and walking down historic streets that appeared trapped in the 18th century. We rented bikes for one day to get around the city, and I’m so happy we did – it led us to one of the cooler experiences of the trip.

A walk down Higashiyama village at sunset

While biking towards the Golden Temple, an nice older man biked up next to us and, in broken English, asked where we were headed. He guessed the temple and we said yes. He kept saying “shortcut, shortcut” and so we followed him. This was either going to lead us to the temple or a sketchy dead-end. We veered off the main streets into a borough of the city, here we saw what it was really like to live in Kyoto. We biked past tiny apartments and houses, kids playing, and crossed culverted streams below. This Japanese man asked “America?”, we shook our heads and said “Canada!”. He knew one city in Canada: Toronto. And knew one thing about it: Blue Jays. Once we established that we were from Toronto, he kept talking about the Jays and the Yankees, and motioning about baseball. We’re not entirely sure what he was trying to say, but still nice to make a connection over something like that. We kept biking along up and down progressively narrower streets and pathways until we reached a dead-end. Honest mistake though, he motioned us to back up and a few minutes later he led us to our destination. We never got a photo with him, but he created such a good impression of the locals and how nice they could be. This would be a re-occurring theme that we noticed while travelling in Japan. Here are the streets we biked through after being shown by our friend.

Besides the regular sites in Kyoto, we trekked up a small mountain on the outskirts of Kyoto. The Iwatayama Park offers unmatched views of the city. Oh, and monkeys. This mountaintop park claims to have 130 wild monkeys roaming its grounds. Talk about serious monkey business (har har har). Once we reached the top, we were completely surrounded by macaque monkeys. Some were sleeping, others getting fed bananas by tourists and the brave ones were diving into a pond to cool off in the 40 degree heat. One monkey even jumped from a rooftop 3 metres away into the water. Inside a small building, you could feed monkeys through a metal screen. Tens of them hung on the bars with one arm out waiting for some food. They took it right out of your hand however and ate it up. 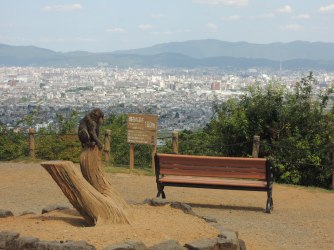 This is the place to be if you are looking for the ultimate immersion in historic Kyoto. These streets are so tiny that we easily missed one that was the width of a door. Much of this neighbourhood is touristy, but there are parts of it that seem untouched and unknown the majority of visitors. This is what we set out to find while in the area. I loved the traditional vibe this place emitted. If you have ever wandered the back streets of Venice, you know the feeling. Only pictures can really describe parts of this area. 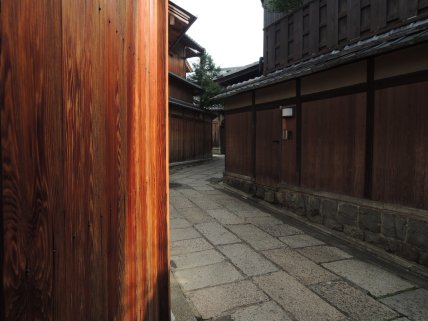 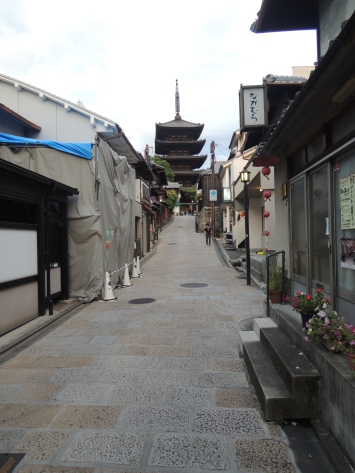 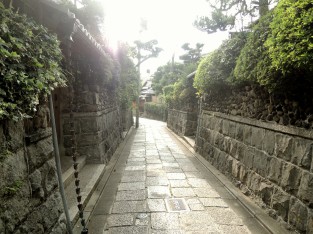 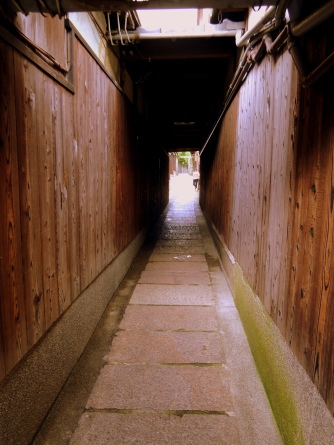 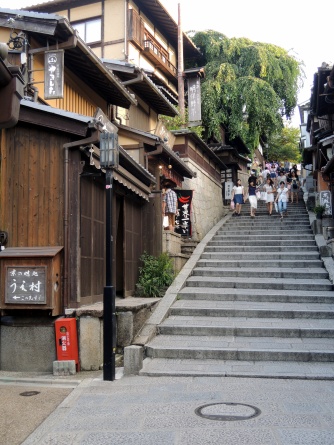 These are some of our highlights from Kyoto. We hit so many temples and other places. I think it’s safe to say our favourite temple was the Fushimi Inari-taisha temple. It has thousands of bright orange gates creating tunnels through its mountain terrain. The orange paint is said to ward of evil spirits, and this place is covered in it. 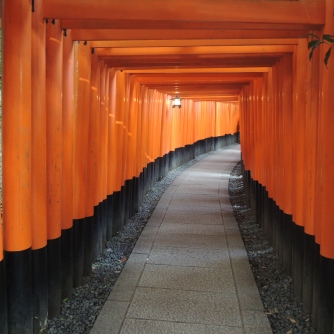 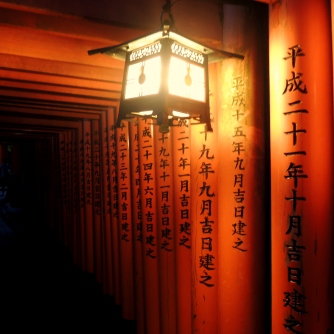 We posted a ton of photos to our facebook if you’re interest in seeing more. Stay tuned for our next post on the oddities of Tokyo!

One thought on “Meet you in K̶o̶r̶e̶a Japan [Pt. 1]”